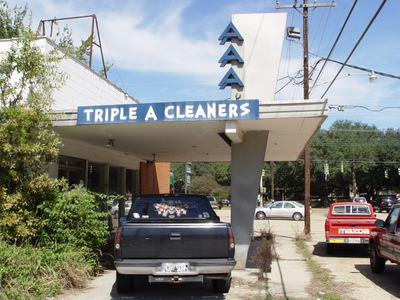 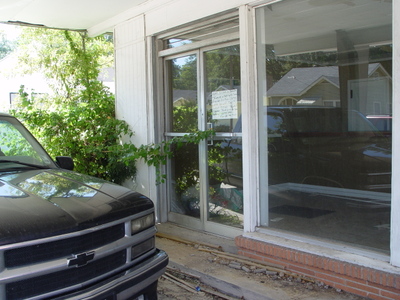 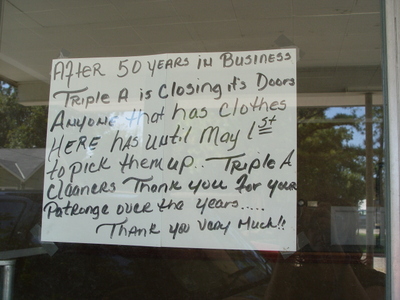 And along with some Lysol, some digits, and a roll of TP, the dry cleaner left a newspaper... 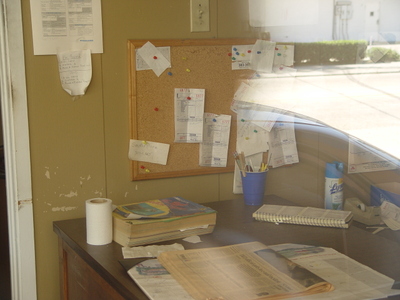 Which, using the modern technologies, we simply zoom in on like so: 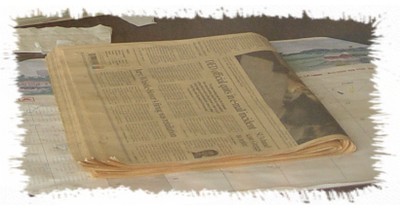 And we Google the headline, "Ded Official Quits in E-mail Incident," which we learn was published on May 21, 2005 in The Advocate concerning a gentleman with the same last name as myself. If I were paranoid, that would be spooky. What's more spooky is examining at this next view with the zoom function and hoping I don't find anything looking back at me. 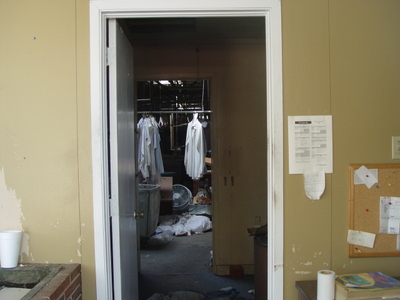 I wonder how many folks that hanging white shirt has taken off their guard when they glanced in at night. (That is, if people walked around here.) 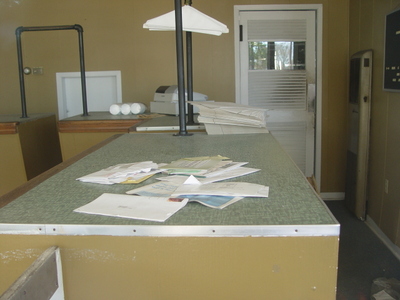 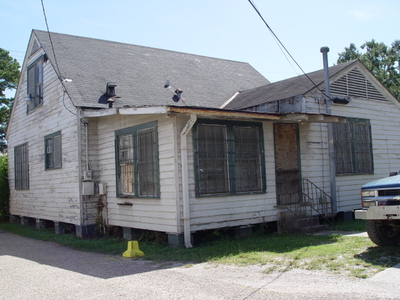 There's an almost identical probably abandoned house next door. There was a skinny old man sitting on the back porch the first time I went by one hot day, who raised his hand up in greeting. I'm beginning to think that every abandoned house or building in town has its own man who hangs out behind it, kind of like how witches have cats as their familiars, or like how sharks have wee fishies that eat the barnacles off them, or how planets have moons. 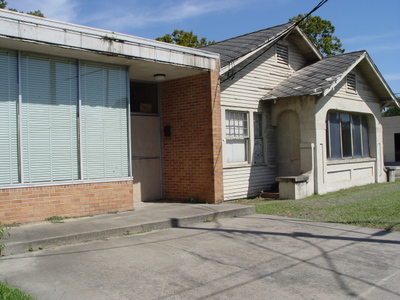 Here's another empty storefront, and an empty (probably?) house next door. 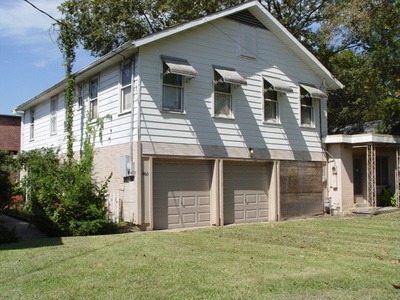 Around the corner from that empty house is another shuttered-up, possibly abandoned house. But someone's been mowing both lawns... There's a sign on the front door that must be a clue. Let's do the zoom-in, because I'm not walking up to that place. There's probably some kind of Whatever Happened to Baby Jane action going on in there. 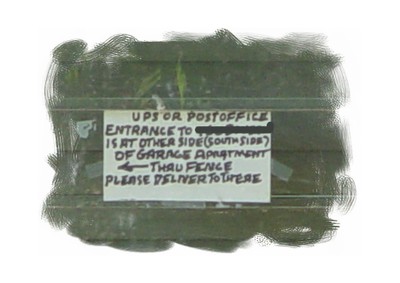 OK, so that one is apparently occupied, but possibly by an advanced case of shut-in.

What's with all these possibly abandoned buildings?

Wrote a little song bout it, wanna hear it? Here it goes:

If I wasn't so morbid

For some reason, I imagined that last line to be a big Broadway ending.

Get ready for Abandoned! The Musical.

I like how the vine at AAA Cleaners is trying to open the door.

Nice documentary site. Interesting reviewing these buildings through the eyes of someone who never encountered them when they were open. Nothing like having a swig up in Swaggartsville Hotel in high school. Government Street used to be truly convenient. Thing is, there used to be lots more abandoned buildings 10-15 years ago. We're revitalizing. Did you miss the Bucky Dome and Capitol House? Too bad for you.

The method of dry cleaning is done without the use of water, and only by means of cleaning solvents. The combining of solvents and heat is harsh on fabrics and may eventually cause much wear than the actual wearing of the garment