D-Jay's School of Beauty is one of the few businesses featured here on ABR that still exists elsewhere, such as Mitiello's, Shell, and Winn-Dixie. They even have a website on the Internets. However, the beauty school dropped out of this particular Government Street Location. 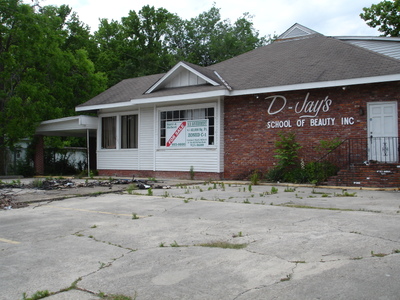 Judging by this sign, their move must have happened around the time of laser discs. 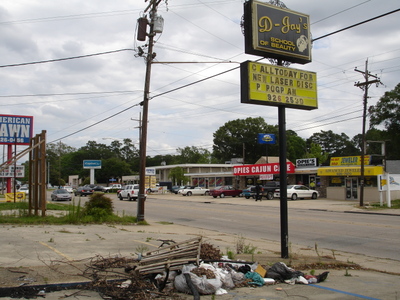 (To the sellers/leasers: Here's a tip I learned from existing: this property might move faster if you clear out the burned-up garbage from the front area. Just a thought.)

D-Jay's was set up like a bank with a drive-through, but the awning by the door may have been planned just to protect all the newly-did hairdos from Louisiana rains.

I went the wrong way first. 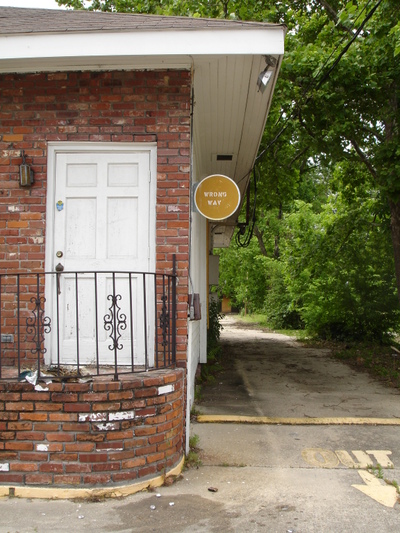 A cat ran away--it may have only had three legs, but it was still very fast. I was alone this visit so I was scared as usual. 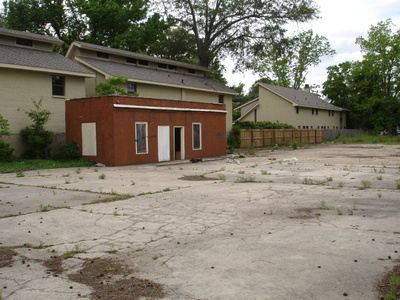 The usual sittin' spots (settin' spots?) were in evidence. 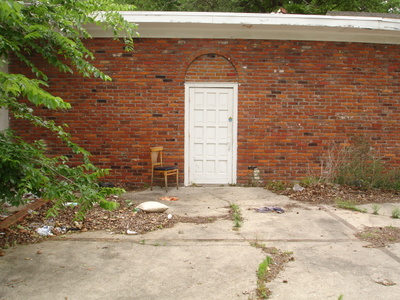 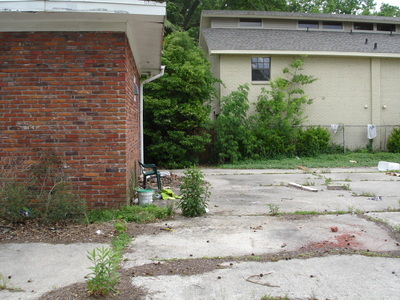 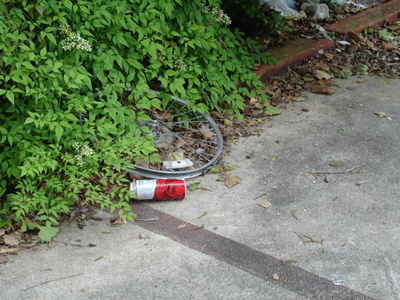 Here's a tip to get your kids to behave: show them this picture and tell them you know where a witch lives. Either they behave or it's time for a visit to the witch. 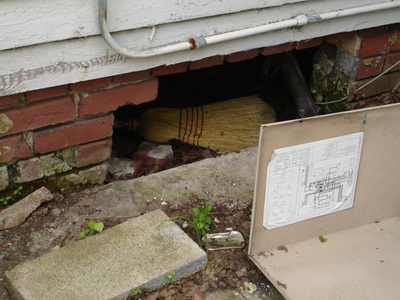 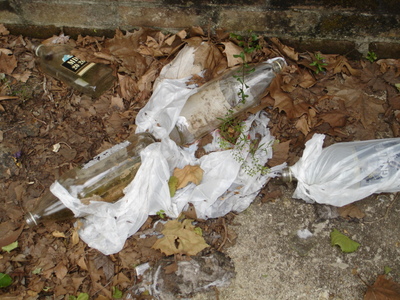 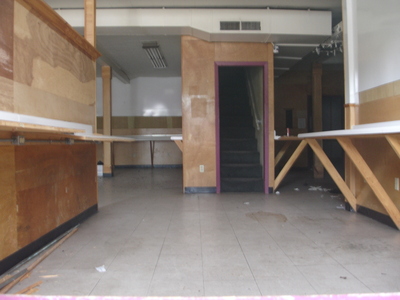 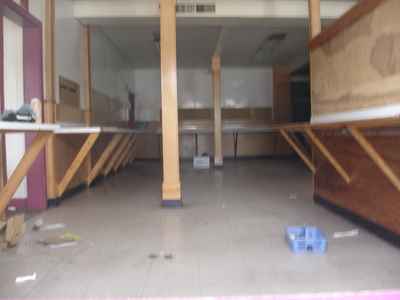 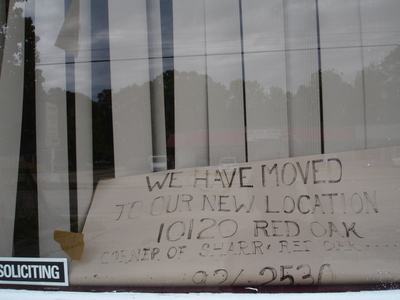 Finally, I went around by the entrance. 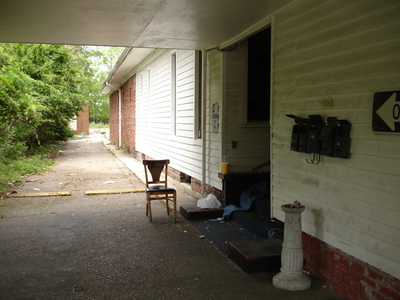 Another sitting spot. Also, an abandoned pair of jeans. I was not keen on the possibility of meeting the user of this chair and those pants, especially if that user might not be wearing his or her only pair of pants and might be lurking right in that alcove. So it was time to scrammo once again.

The D of Dee-Jays was in one of my computer classes. He also ran some sort of oil-related company for 40 years, just keeping paper records. His son bought him a computer to run the business on, so without ever using one before, he signed up for my excel class. I'm not sure he walked out of there convinced that computers were the way to go.

I love your site! I am from Baton Rouge and had forgotten about a lot of these places until your website came along. Is there going to be more places for May? I hope so! And I just have to ask -- what about the cat and did it look to be a stray (i.e., malnourished, etc)?

thanks, Big Daddy! not as brave as I'd like to be, for sure.

alex, thanks for the background on D.

kitkat, thanks, and I think it was a stray. but it was so fast i didn't get a good look.

Where are all these people that supposedly sit on these chairs? I hope for your sake they are not watching you from a hiding spot.

Wow... I've been living here in Baton Rouge for nearly 20 years, and sadly, I had no idea many of these buildings even existed. Thanks for the great photos and hilarious commentary!

This wasn't abandoned too long ago. I was here as recently as 4 years ago, or so. It's sad to see a once thriving place of business defunct. It makes me particularly sad since I used to take my grandpa to get his hair cut there. He's gone now but I remember enjoying the chats we used to have in the waiting room.

Update: I live near this place. I can attest to the cats (I've spayed/neutered six so far). Last night we heard a horrible sound of a screaming puppy (i.e., as if under attack). Later, we spotted four large dogs (definitely a pack) running the neighborhood; they finally ran to the back of Dee-Jays. Very creepy. Yes, there are "plenty" of "residents" here. The garbage is piling up. I found your website while attempting to find an owner to clean up the mess! Any clues how to find such near-do-wells???

I recently came across your blog and have been reading about Esthetics schools. I thought I would leave my first comment. I don't know what to say except that I have enjoyed reading. Nice blog. I will keep visiting this blog very often.

Those pictures are depressing. The picture with the abandoned beauty school was especially saddening. I hope someone would be able to preserve and restore it. That would open more jobs for the locals and bring a sense of liveliness to the place.

I completely agree with you. There are all thing should be abandoned. I hope you never stop! This is one of the best blogs Ive ever read.

Good one, the collection of photos are amazing and the details are great. thanks for sharing

It is really depressing to see a beauty school being abandoned.

I got in a wreck on Government one time going home from LSU (at like 10pm... not good) and this parking lot is where we pulled out of the road. There was a homeless man who came out of the building and SWORE to me that it he saw the other car speed up and hit me, even though I knew very well it was my fault. It was a very sketchy place to be at that time of night. Fortunately the other people in the accident were very nice and made me feel a bit safer while waiting on the police. Moral of the story though - don't get in a wreck on Government St. at night...