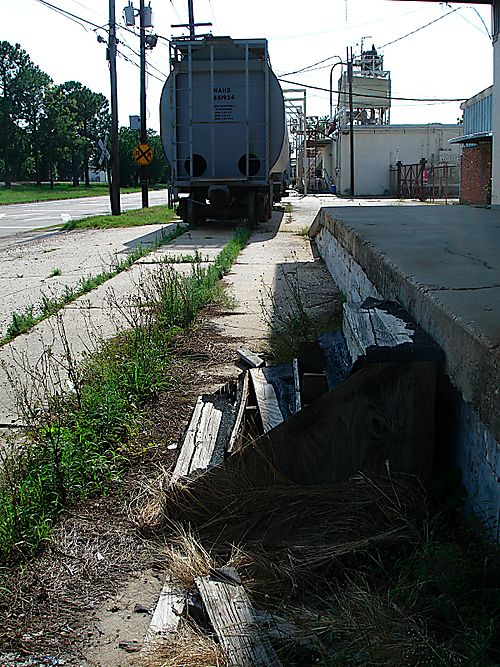 The old ball and chain and I recently checked out a few more sites around Choctaw Drive, an area with no shortage of abandoned buildings. You might even say it's chock full of them. Wocka Wocka! The train above is next to the apparently abandoned LA Office Supply Warehouse.

Next up is Patton's Plaza, a former carpeting and flooring store/ childcare facility. (You know: one of those!) 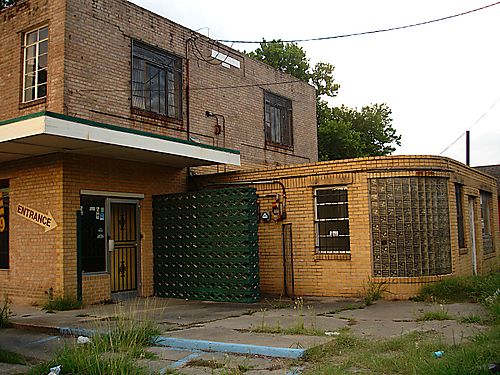 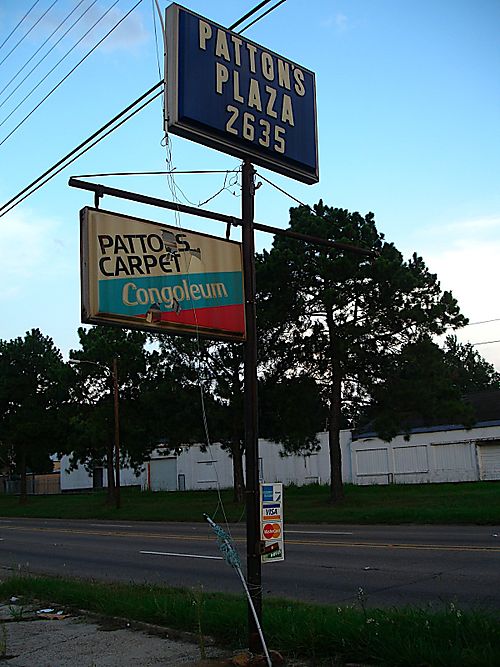 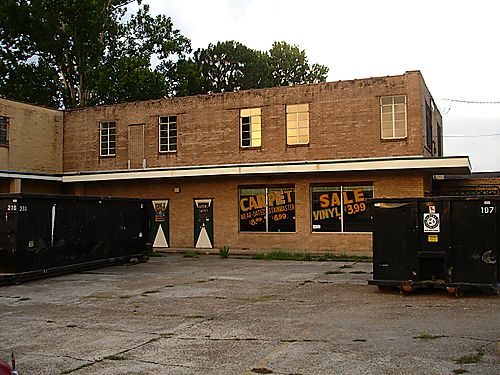 Inside the flo' sto': 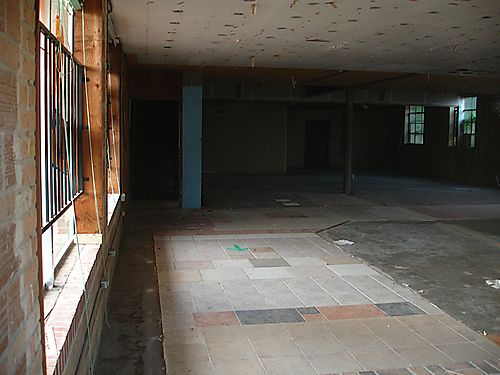 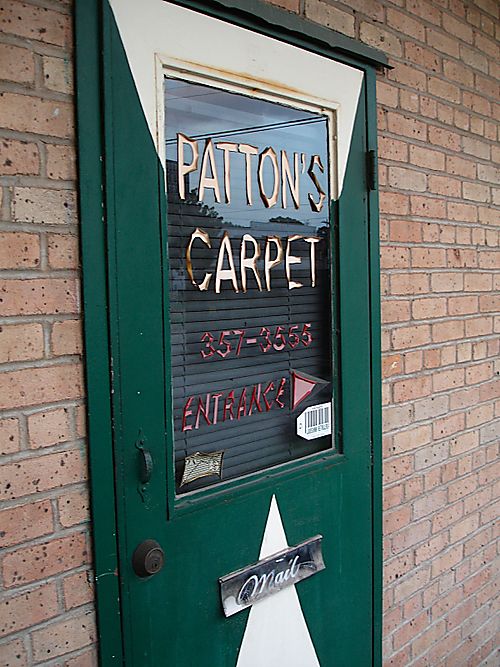 We also hit up a building which was formerly a Hancock Bank and also possibly a police station. 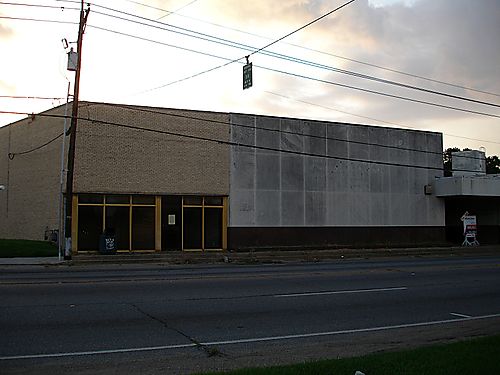 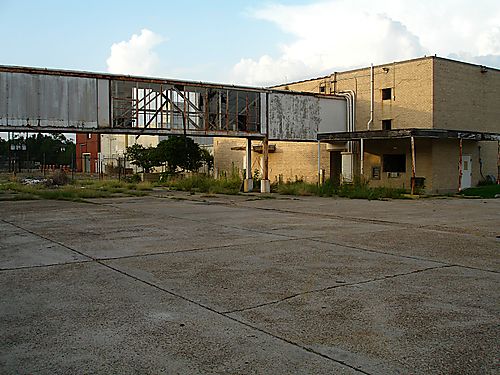 Quick: does this ATM work or not? 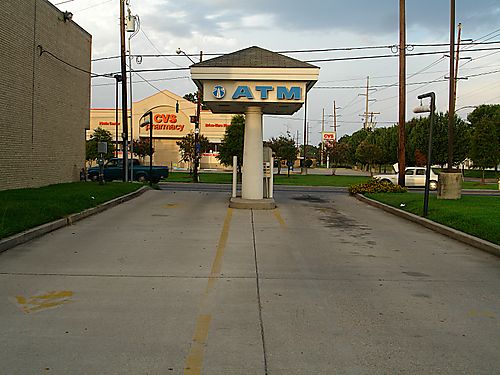 I guessed not, but it was still operational.In fact, we saw a crackhead someone walk up and try to use it.

Here's the drive through. 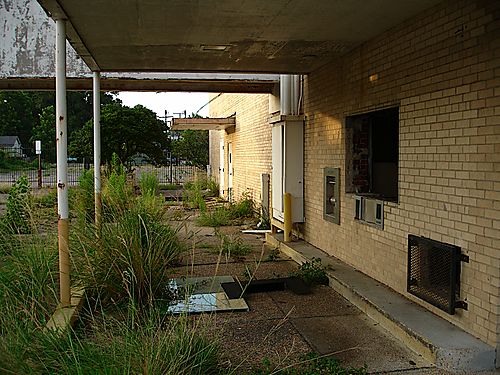 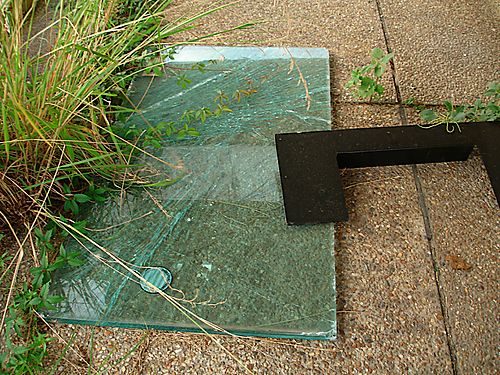 Inside the drive through: 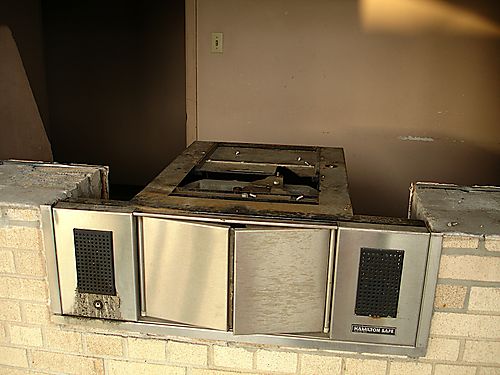 And, holding the camera inside the window, another view. HULK SMASH 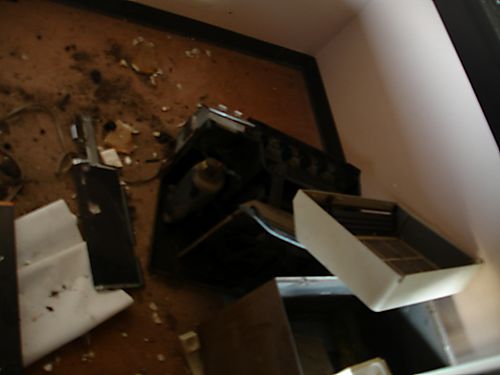 Further around the back, nature is reclaiming the landscaping. 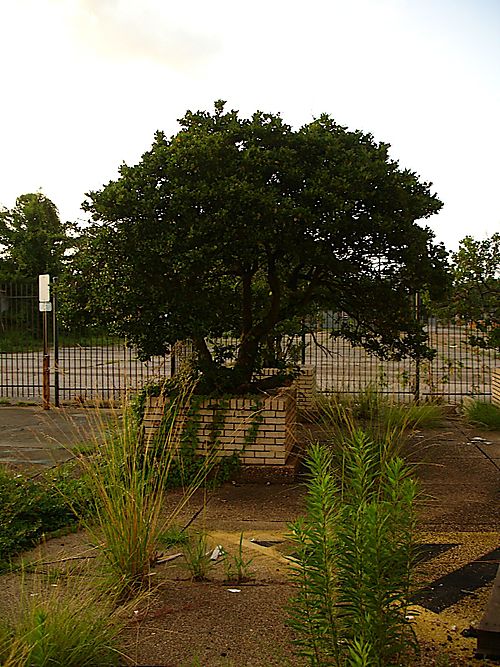 Here's a rear view of the building. 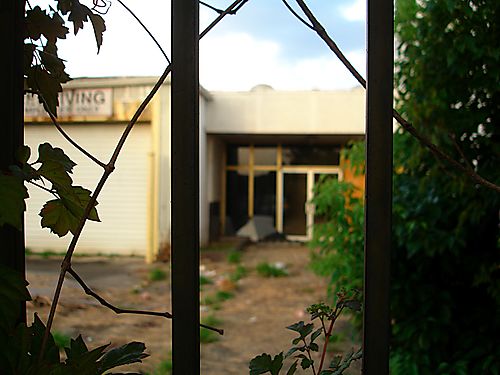 Turning from that view to face the second building that the bridge stretches over to, we found...oh dear. 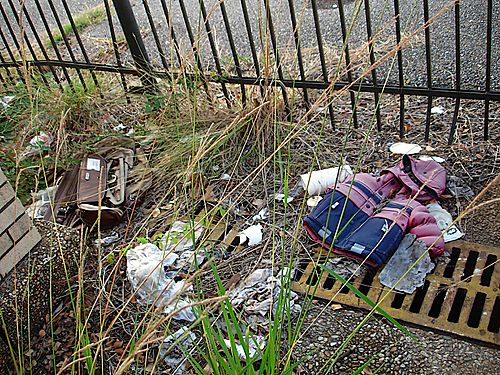 To the right, inside the bars, I don't even know what was growing in this garden. It looked like large pods were hanging down. 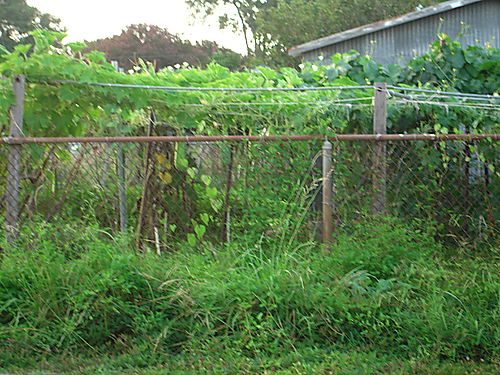 And looking up, the overhead walkway/ bridge, complete with festive holiday lights. 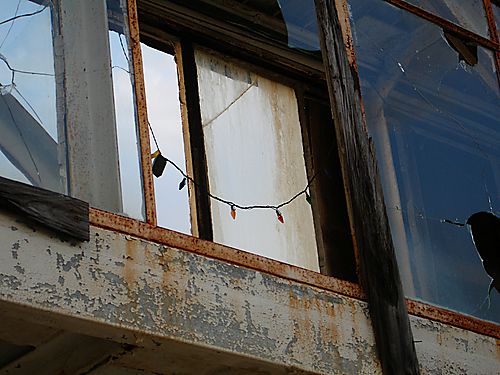 Beyond the (unremarkable) secondary building, even more nature was reclaiming the site. 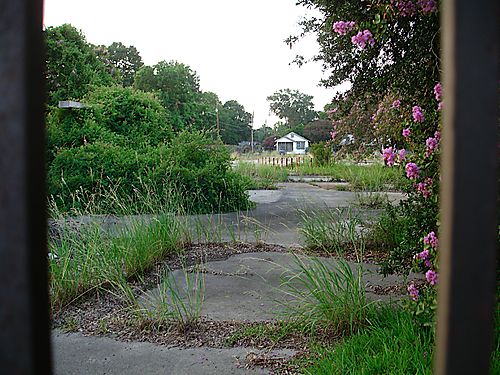 Now for the front of the main building. In the main entrance alcove, we had the typical sitting crate (no need to picture that yet again). Looking inside was the second circular seating unit documented on this blog, although the first one, at the Bellemont Motor Lodge, was much cuter. 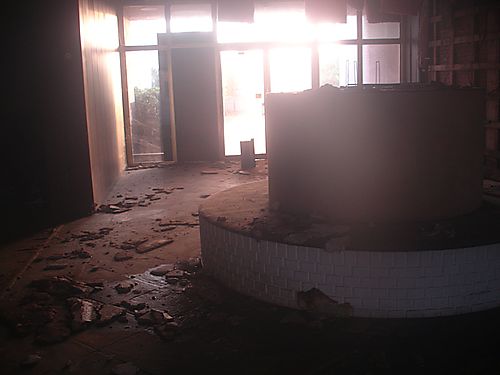 Just as I was taking this photo, the f and I were undergoing a mumbled interview from a very sleepy pedestrian. Time to get on the road again. 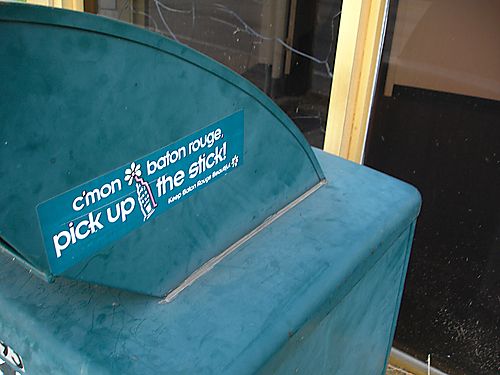 It's like a carnival freak show. You WANT to look away, but that's not happening.

I've been gone 20 years now . . . and I'm still ashamed. The Port-au-Princification of my hometown continues apace.

All we need is for Bobby Jindal to stand atop a pile of rubble that used to be a functioning public space, cast a couple of spells and bite the head off a live chicken.

As my old man kept muttering on his deathbed, "Lawd have muhcy!"

P.S.: Being that I appropriated your pictures to make a satirical poster, feel free to use it in whatever way you see fit.

Also in that building was Baton Rouge's last adult theater, whose awesome name escapes me at the moment. It was still open in the 1987 when I started college at LSU.

The Varsity was also an adult theater in the 70s, and was still an independent movie theater until the late 80's

I love to see nature taking back space- but it just plain freaks me out when i see little childrens clothing next to a fence. YIKES!

No, the skin-flick palace was on Plank at the north end of that block -- the Regina.

Only, with it being an X-rated theater, that's not what we called it.

My memory is a bit fuzzy after all these years, but I'm wanting to say the abandoned bank USED to be the old Ourso's store.

Looked like grape vines from that pic. They do like to take over the joint, if that's what I'm seeing.

From one New Yorker to another. . . What an AMAZINGLY interesting blog! I love it. I will be back to check it out! Incredible work! :)

Ourso's was further down the street. This building had always been a bank. What a shame.

Hey OMG i love old buildings with a passion. the history and who might have actually been there in the past. I wonder if my parents have been there...... EWWWWWWW.. anywho. i love this site and what you do.... keep on keepen on

The Bank was the American bank owned by Clifford Ourso of baton rouge.
one of the sons of Bill Ourso thet owned Ourso`s department and grocery store located at plank and Chippewa street.
The Regena theater while owned by Mr Barcellona was a respected family theatre for as long as he owned the movie house.
It was sold and that's when it became a raunchy sex theater.
Long tome resident of Baton Rouge Darron Sanchez
Please get your facts correct before printing them.