Sometimes in Baton Rouge, you see an abandoned gas station / auto repair shop like this one, just after Gustav... 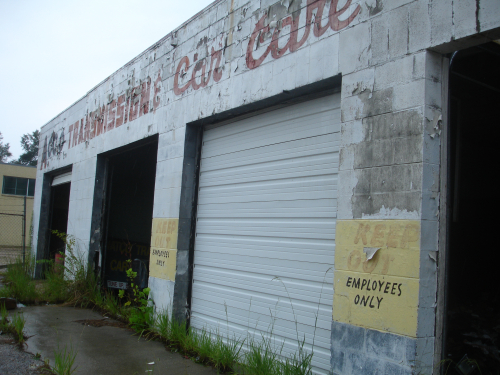 ...and it's got a lot of crap lying around, including in this case, a pom-pom. 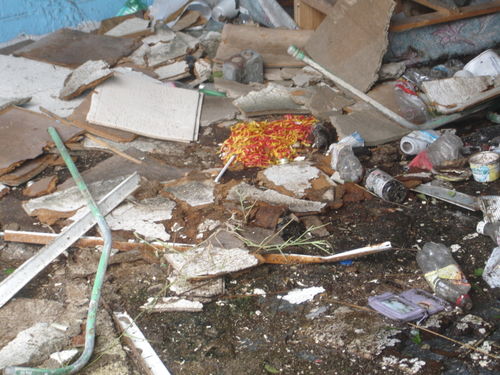 Other times, like this new view of another abandoned auto shop (courtesy of the hurricane), it's appealing in a beautiful decay way and even reveals some hidden cars. 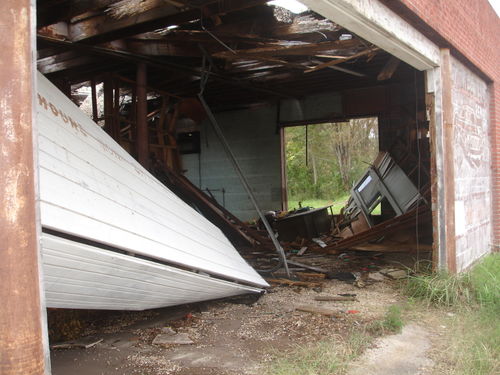 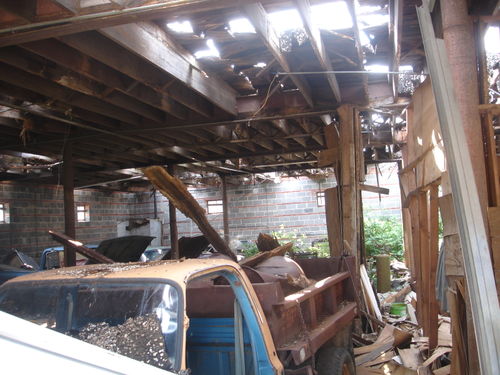 Still others might have interesting guts, but you can't see in. 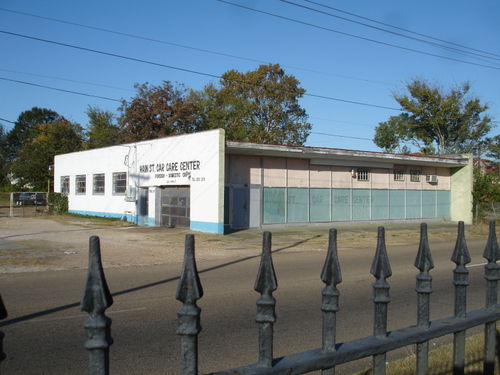 I even have one additional car shop in the coffers, but it's part of the next post.

But all of the above are trumped by the creep factor of the following ex- gas station/ auto sales & repair shop, Greenwell Auto Sales. 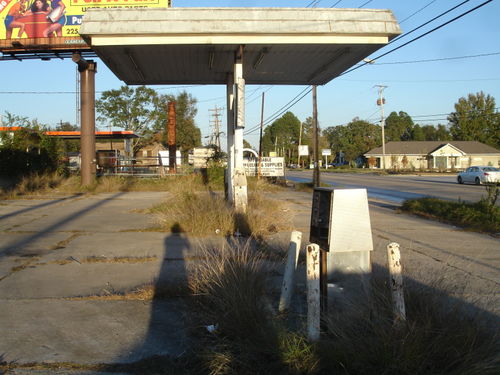 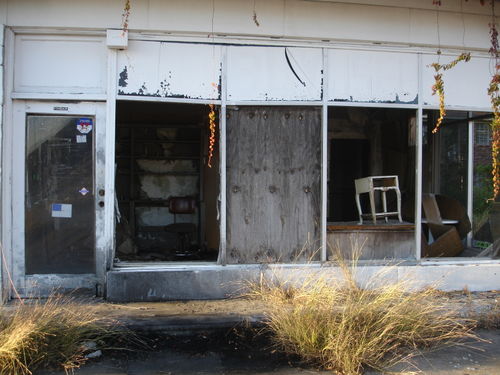 All fairly standard so far. Inside was where it took a disturbing turn. 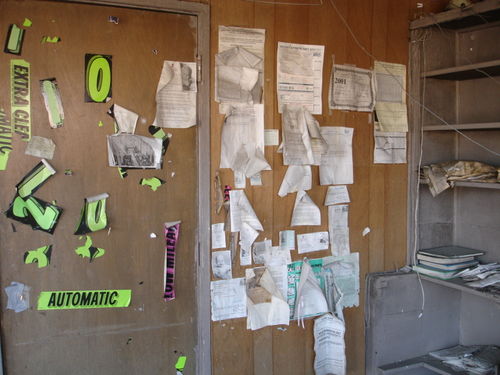 I can't claim to understand the decoration motives of the owner of this place, but he seemed to want customers to know he contributed to charities? Although...after the ravages of time, sunlight, and moisture, it looks a lot more sinister. 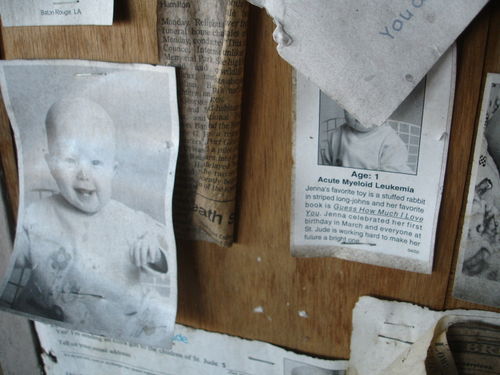 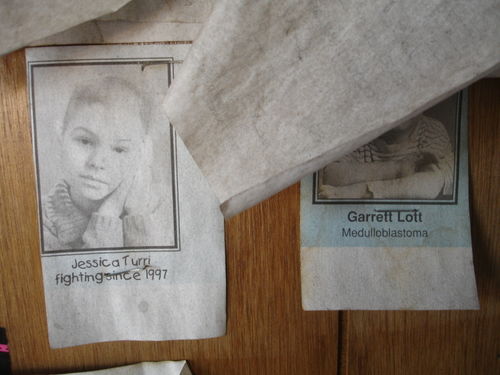 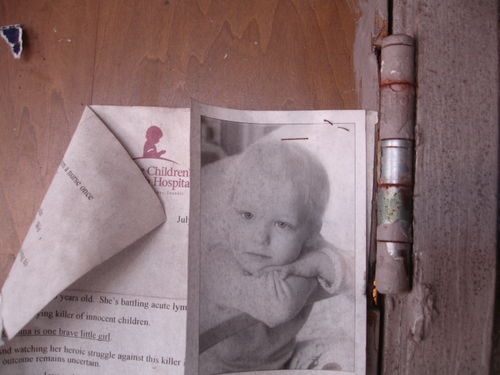 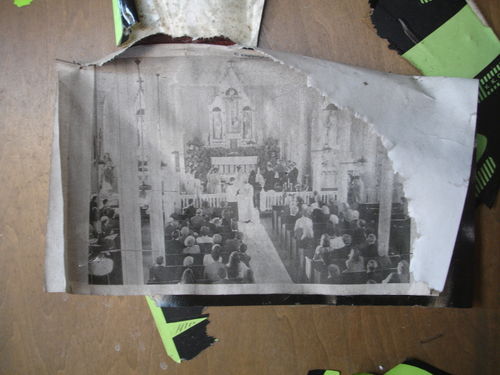 Also, someone had been living there, but not in a while; the mattress was damaged beyond use. But that person had occupied some of his or her time looking through this yearbook from 1982. 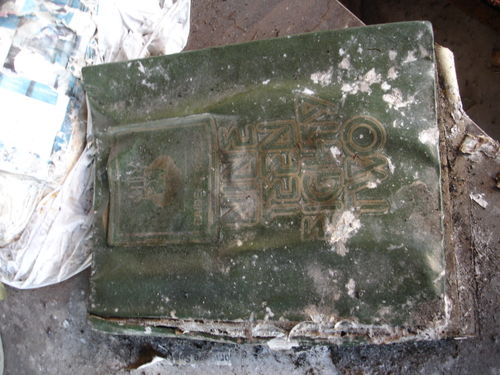 I tried to do the same, but the pages had fused into one solid, molded, mildewed mass. That was when my camera battery ran out, or I'd have a photo of the other, even more damaged yearbook as well. 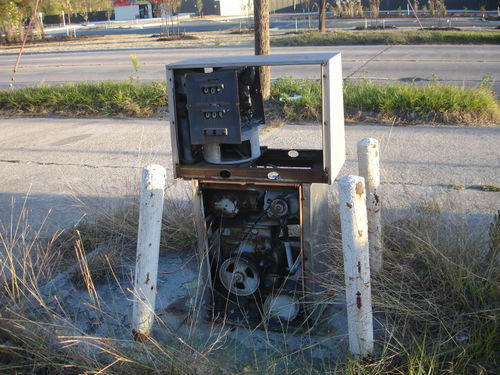 Wow. Those pictures are very creepy!

Especially the ones with the kids on the wall.

Yeah, imagine someone thinking that place was abandoned. It looks like it's booming! No need for name-calling, b-money.

That is funny. Call me an MSCC idiot too.

You must have been inside the nearby cemetery to take the MSCC pic.

If you want a pic of a place that _looks_ abandon, even if it probably isn't, then the Sweet Olive cemetery would top the list. You probably have seen it and chose not to include it because it might be interpreted as disrespectful. Or I should say, some people would definitely call it disrespectful, even though they would be wrong.

I have no idea who maintains Sweet Olive, but they are clearly not keeping up.

Wow, these pictures are beautiful! ...even though kind of sad to see the delapidation...

It does look a little scary. But I can see the beauty of abandoned places like this. This could be a perfect setting for a zombie movie, hehe. Kidding aside, I hope the owners moved on and became successful in another place and time.

This could be a perfect setting for a zombie movie, hehe. Kidding aside,

Your landlord/agent is only legally obliged to repair your property and maintain it to a safe standard, though hey do not have to make improvements unless these are written into the contract.
Service Station

It's really a shame how small businesses like this auto repair shop and homes were wiped out via natural disasters.