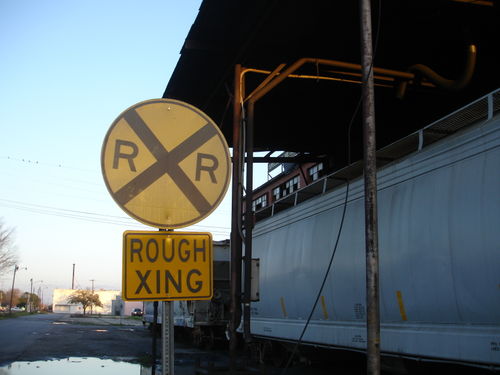 This sign sums up Sunday's adventures, as co-explorer Kara observed. There was some rough crossing over train tracks going in every direction as we biked around an industrial area of Choctaw (further west than the last excursions on that road), and judging from a terrifying incident we witnessed, some rough double-crossing as well.

Our first stop was this former office. 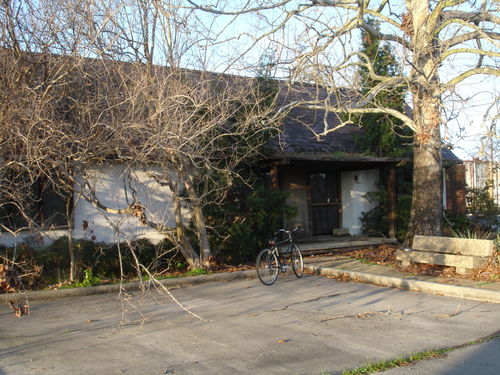 From across the street, I saw the word ODDITY in the window. 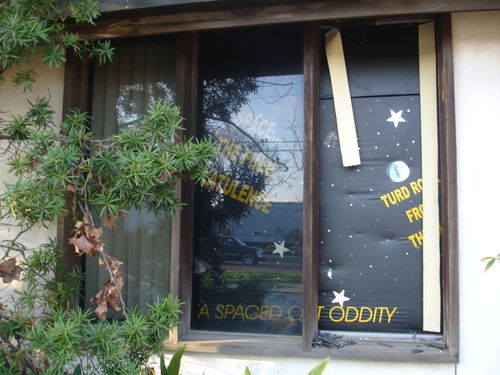 The foam core board covering the broken window read:

SPACE: THE FINAL FLATULENCE, A SPACED OUT ODDITY, AND TURD ROCK FROM THE SUN.

A little Googling indicates this is a leftover artifact from the 2001 Spanish Town Mardi Gras.

I tentatively pushed the board in a half inch or so and got the distinct impression from the damp spore-filled air that inside this building was a rainforest of unknown molds and growths. Attention science: cures for diseases may be waiting in the rainbows of molds inside this building. 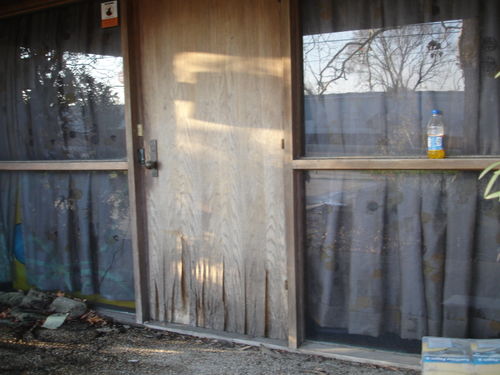 What a shame: 1960s atomic pattern curtains, gone to rot.

It sounded like there was a gas leak under the front entry way (above). 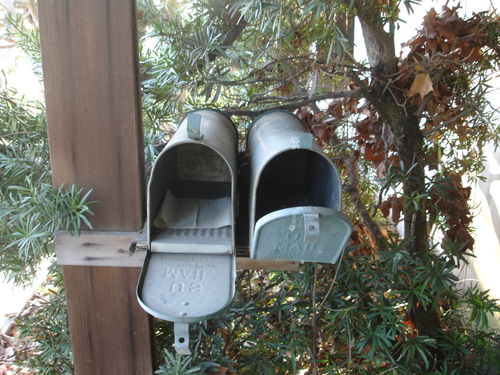 It smelled bad around there. The rest of the industrial area had more of a hardware store/chemical fertilizer smell. It was different around this building. Could the festering botany inside have been stanking up the outside air?

Before moving on, I wanted to see if we could have a look in through the aforementioned broken window by pushing in that sign, so Kara selected a poking stick so we wouldn't have to get too close to the inside.

This was one of those Baton Rouge Sundays when hardly anyone was on the road. This area we were in was a bit desolate, though cars still came through pretty regularly. A minivan stopped at the side-street intersection you'll see below, as if to turn onto Choctaw, which stretches in this picture to the left and right. 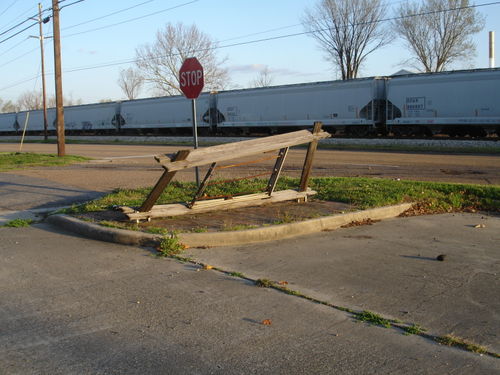 Kara noticed that the guy in the passenger side was wearing a helmet. Huh.

We turned back to the flatulence-themed window display. Suddenly-- and now this part is not as clear because I was so scared and it happened so fast-- but suddenly came a screeching and colliding sound that sounded like a car accident was either about to happen, or did happen. A second car had arrived up in the grill of the minivan. Then as the female driver reversed and aimed her vehicle at the minvan again, we realized it was on purpose.

Then they brought their show into the parking lot we were in, minivan maybe in a crazed reversing arc, as the enraged aggressor vehicle rammed right toward the minivan. I had the panicked feeling that we were going to be involved in this altercation, but was frozen. All I could do was turn off my camera and try to hide it, in case during their demolition derby they noticed a nosy reporter was on hand.

This woman was berserko! I'm not sure how long it went on, but there were multiple attempts to ram the minivan, as the minivan tried to reverse out of the way and finally tried to go over the grass and curb to get back onto Choctaw, leaving deep tire tracks in the mud. And just as suddenly as it began, Crazy Mc Ramington sped away east on Choctaw. The minivan with helmeted passenger went down the side street, around the block, then headed out west on Choctaw.

I just wish there was video of the incident so other people could understand how shocked we were to be in the middle of nowhere and have this drama appear in the lot. And that isn't the only reason I wish there was video: I'd love to see the looks on our faces. At first we were probably like

Then Kara was like, "Don't look," which seemed to make as much sense as anything at the time, so we both turned to face the building. Sure: play it casual. We are just hanging out in front of an abandoned building with no interest at all as one vehicle 20 feet away from us tries repeatedly to destroy the other one.

Then it certainly seemed time to scrammo.

We continued east on Choctaw, and as we approached the intersection with a bank that has been previously featured on ABR, numerous police cars rushed over with their sirens blaring. We figured it must be our woman from earlier, turning her crime of passion into a larger collision, but by the time we got closer all the squad cars had already dispersed.

We were shaken for the rest of our brief explorations as the light drained out of the day, but here they are.

Betcha can't guess what this is. 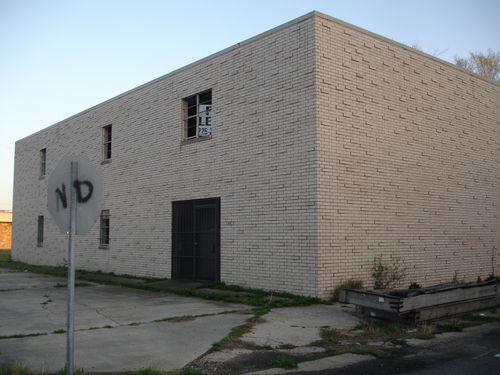 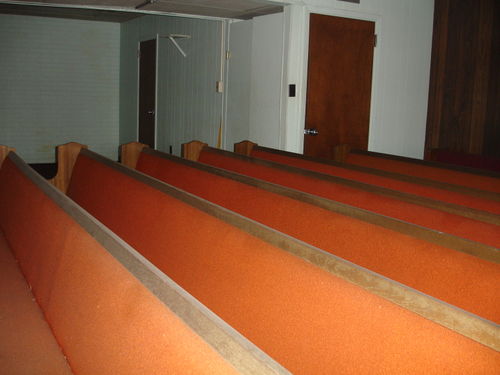 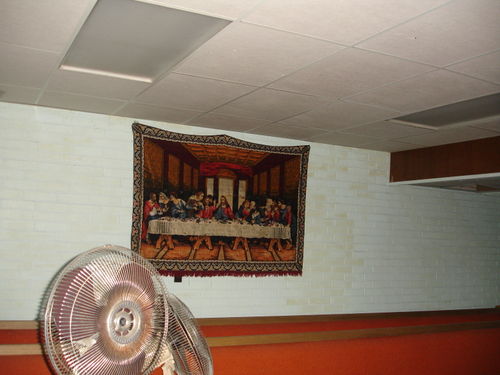 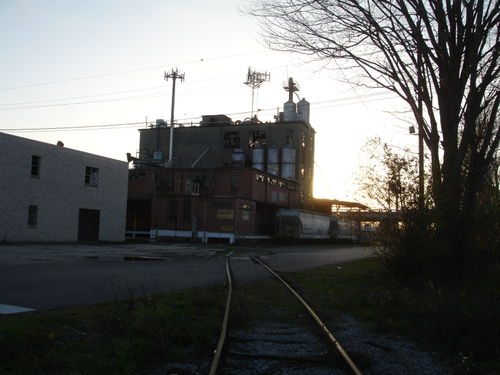 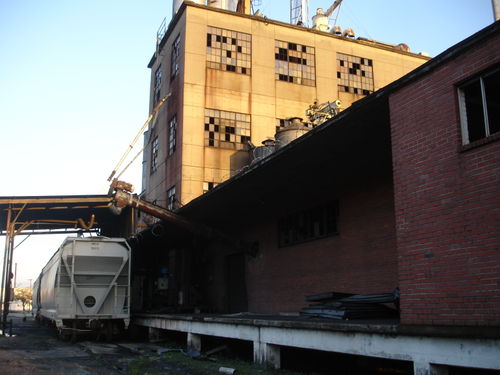 I know these pics aren't my best. These are some PTSD ABR pics. 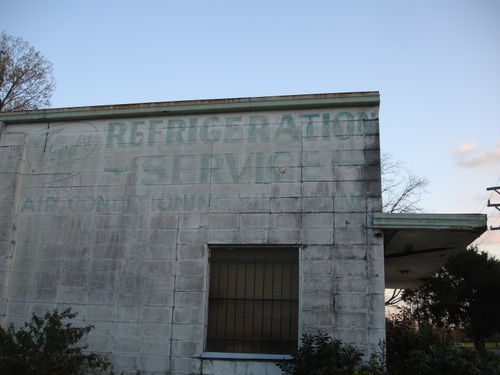 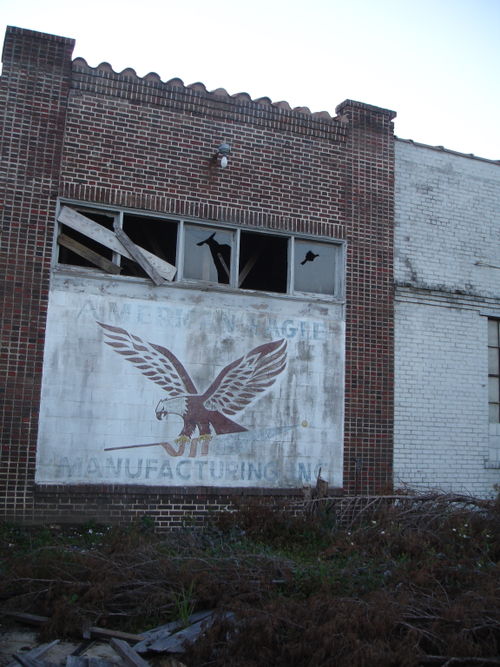 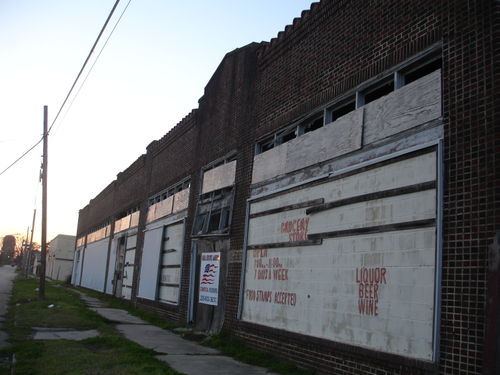 Good thing that dude was wearing a helmet. Right?

Believe it or not, the building with the broken windows and rail cars isn't abandoned! They've been cited numerous times for dust emission problems related to their business. My wife calls it the ship building because she thinks it looks like the bridge of a tanker with all the masts and antenna on the top..I know you probably hear this constantly, but be careful in that area, I wouldn't feel comfortable with my wife driving through it, let alone on a bike.

wow...
maybe it's something in the toxic mold around there that causes violent car ramming impulses?
I know I've felt it coming on occasionally.

The story was crazy enough, but I still can't get my head around the poo-in-space themed Mardi Gras signs. Pls explain.

Nothing like a little Louisiana road rage, turning into a full on bumper cars. This post is so true to the feeling and weirdness of where I grew up, that I kinda think I need to go for a walk now.

But wait. The guy was already wearing a helmet. Was this planned or was he psychic? Very strange!!!

The whole car ramming thing sounds like an insurance scam setup to me, you should have gotten photos and reported it actually. Helmet on, kinda points to that as well.

Your blog has inspired me. Recently, I have a strong interest in nature, about the philosophy of the soul, and I have been looking for that book! Thank you very much for your blog, give me the direction!

wow...
maybe it's something in the toxic mold around there that causes violent car ramming impulses?
I know I've felt it coming on occasionally.
But wait. The guy was already wearing a helmet. Was this planned or was he psychic? Very strange!!!

Lmfao "the casual insanity of Louisiana" wonderfully put. I love this place.

wow...
maybe its something in the toxic mold around there that causes violent car ramming impulses?
I know Ive felt it coming on occasionally.
But wait. The guy was already wearing a helmet. Was this planned or was he psychic? Very strange!!!
+1