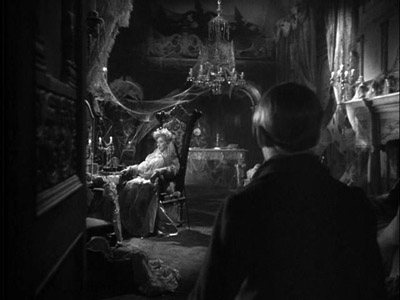 I chose this month's Best Comment Ever from a post about a mysterious TV repair shop because it shed some light on a site that might not be abandoned after all, while adding more layers of mystery.

FWIW, that "TV repair shop" looks totally abandoned, but I don't think it is. The buildings in your first two photographs were occupied by a mysterious...well, TV repair business as recently as 5 years ago. It's a loooong, story, but here's the short-short version: Against my better judgment, I purchased a cheap Akai TV from Sam's Club. The TV, of course, broke after a month. Akai actually had me drop it off at the buildings in your photo (which confused me because they looked much the same at that time). The inside of both buildings was creepy in a way that's hard to describe. The one on the left (top) seemed to be where they actually worked, and the other one seemed to be storage or something, but the contents of both seemed much the same to me--a combination of an old TV repair shop and Miss Havisham's dining room, frozen in time like something you'd find inside a pyramid. The three chain-smoking guys (all men a generation apart in age, probably from the same family) who seemed to own the shop were very odd, but affable enough. Still, I couldn't help but wonder what exactly was going on there that allowed them to make enough money to justify the place's continued existence. (And as for that speaker: They seem to have those wired up throughout the place, and connected to a radio to listen to while they...do whatever it is they do with their time in there. Perhaps the one outside is their way of signaling that someone is "home" because otherwise, it would be difficult to tell.

Thanks to David Pye for that back story. It's comments like this that keep me ever vigilant for more vacant buildings to feature on Abandoned Baton Rouge.

And welcome newcomers! If you found Abandoned Baton Rouge via my presence at South by Southwest or you're otherwise new to this blog, read on for suggested points of entry.

Huey P. Long Fieldhouse Pool: An historic pool is crumbling away on the campus of LSU. Here's a look inside the walls that hide it from students.

Jimmy Swaggart Bible College Dorm: Don't you miss televangelist scandals? Relive the fallen glory with this tour of a dorm that never was.

The Bellemont Motor Lodge: Once one of Baton Rouge's finest places to stay, its lobby is now home to a living carpet of moss and mold.

Don't miss the comments sections, where current and former Baton Rouge residents fill in the relevant background info and memories that I don't have.

You are too kind! Illness and dissertation writing have sometimes kept me away from Abandoned Baton Rouge for long periods of time, but as the feed is front and center on both my iGoogle and MyYahoo pages, it's easy to catch up with your latest work when I finally have the time to relax and enjoy.
Speaking of which, I'm really looking forward to seeing some of the "epic Abandoned Baton Rouge Mission" you mentioned in your Twitter feed!!!

You are too kind! Illness and dissertation writing have sometimes kept me away from Abandoned Baton Rouge for long periods of time, but as the feed is front and center on both my iGoogle and ekte vivienne westwood MyYahoo pages, it's easy to catch up with your latest work when I finally have the time to relax and enjoy.
Speaking of which, I'm really looking forward to seeing some of the "epic Abandoned Baton Rouge Mission" you mentioned in your Twitter feed!!!